Cinco de Mayo, which means May 5 in Spanish, is the annual holiday commemorating the Mexican army's victory against French forces at the Battle of Puebla.

The historic battle took place in 1862 during the Franco-Mexican War. And contrary to many beliefs, the significance of Cinco de Mayo is not that it is Mexico’s Independence Day — because it's not. That holiday is held on September 16 (or dieciséis de Septiembre).

Although Cinco de Mayo is a rather small deal in Mexico, in the United States, it has become an extremely popular day for celebrating and enjoying Mexican-American culture and heritage.

And if you’re not in the mood for a party, it can also make for a fun date night as well.

However, Cinco de Mayo is first and foremost an opportunity to acknowledge and honor the contributions of Mexican-Americans and their cultural history.

America’s Hispanic or Latino population — defined by the U.S, Office of Management and Budget as "a person of Cuban, Mexican, Puerto Rican, South or Central American, or other Spanish culture or origin regardless of race" — is currently the largest minority in the United States.

So it only stands to reason that the number of well-known and beloved celebrities of Mexican descent is growing rapidly.

Whether they came to the U.S. as immigrants from Mexico or are native-born Americans whose family heritage includes Mexican ancestry, these people have made a wealth of important contributions to the United States.

This year on Cinco de Mayo, in addition to enjoying delicious Mexican foods and beverages, take a moment to celebrate the achievements of our country’s Mexican-American community.

Here are 14 of the best, most inspirational quotes from famous Mexican-Americans in honor of Cinco de Mayo.

1. “If you don’t get out there and try to solve your own problems, it’s never going to change.” — Dolores Huerta 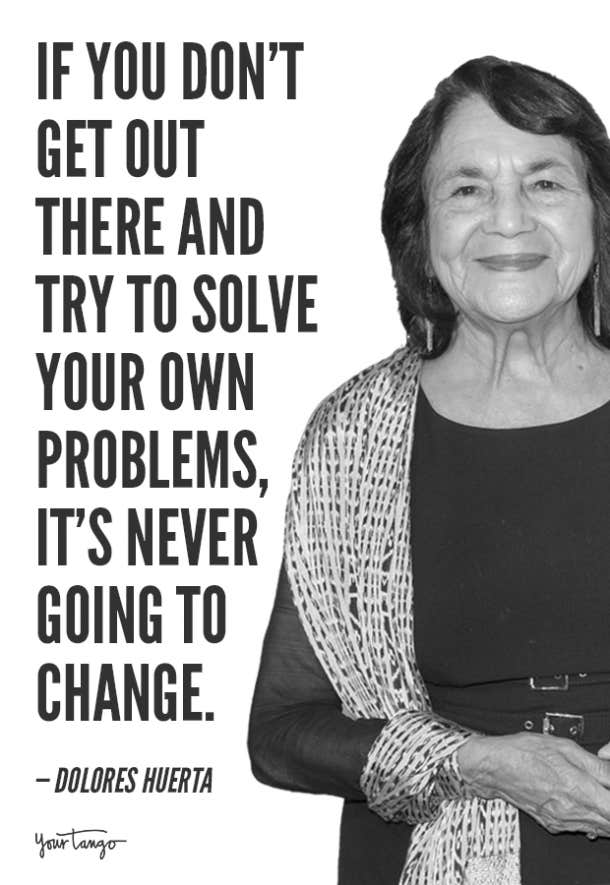 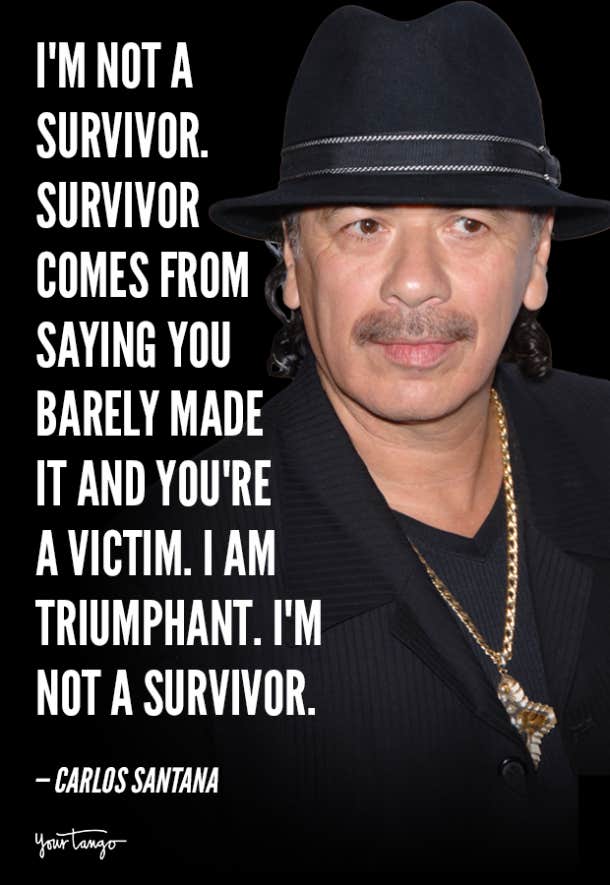 3. "There needs to be more variety on television so young girls growing up don't feel pressured to look one specific way. Tall, thin, curvy, short, whatever you are, you are beautiful." —​ Demi Lovato 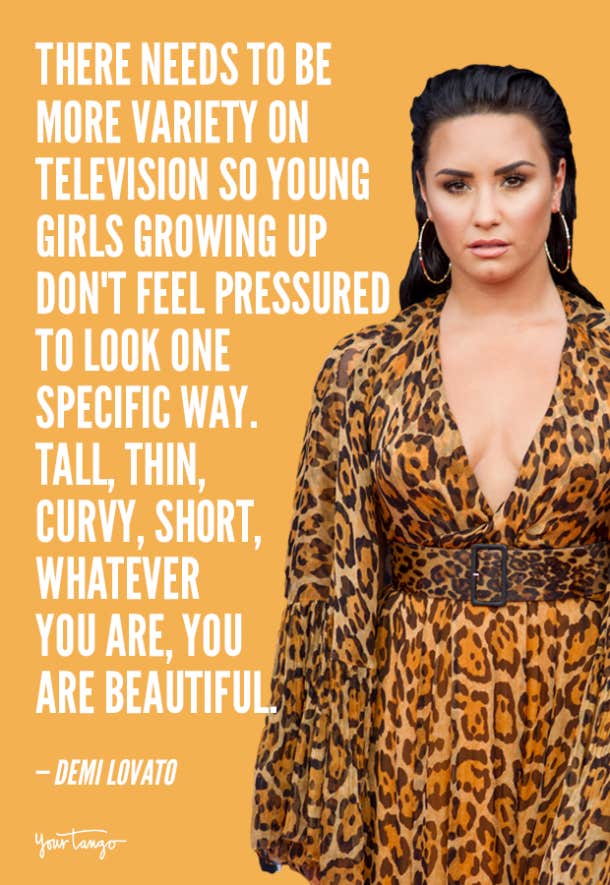 4. “I would say to do you and do you well. Don’t try to be anyone else. Don’t try to emulate what someone is doing. Play to your strengths. Even if you see someone onstage that is killing it, don’t try to do what they’re doing. Just keep doing you.” — Anjelah Johnson 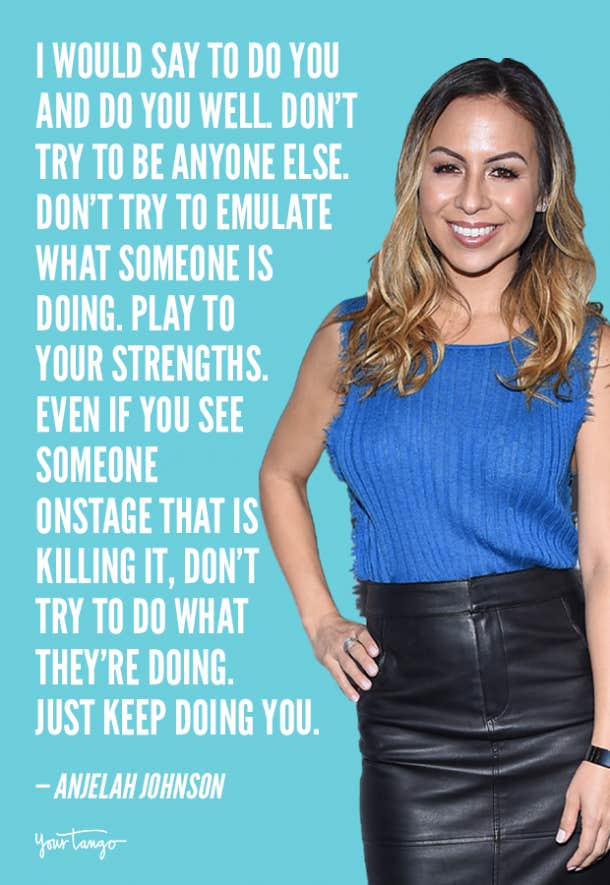 5. "If you have a dream, don't let anybody take it away." —​ Selena Quintanilla 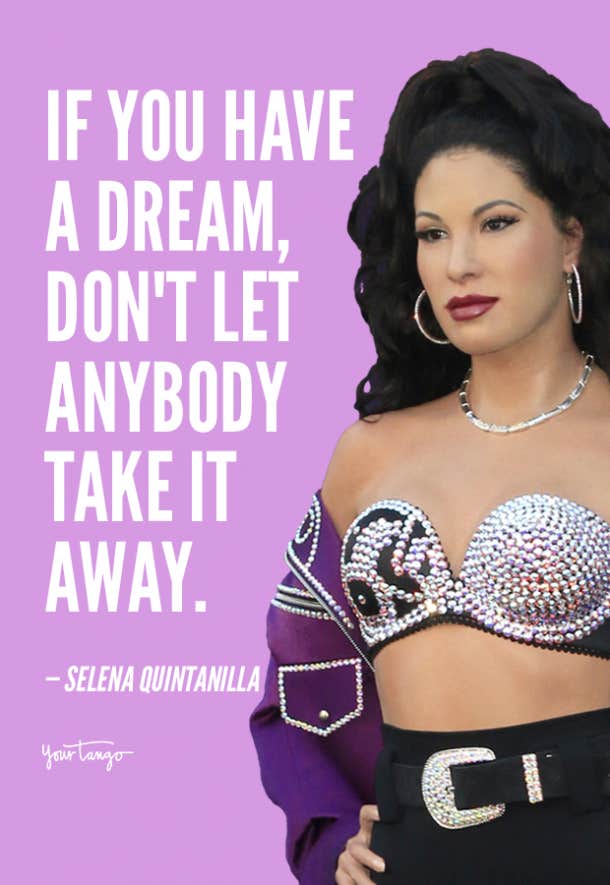 6. “To me, it's very important to follow that tradition and try to find those champions, role models for the next generation.” — Oscar De La Hoya 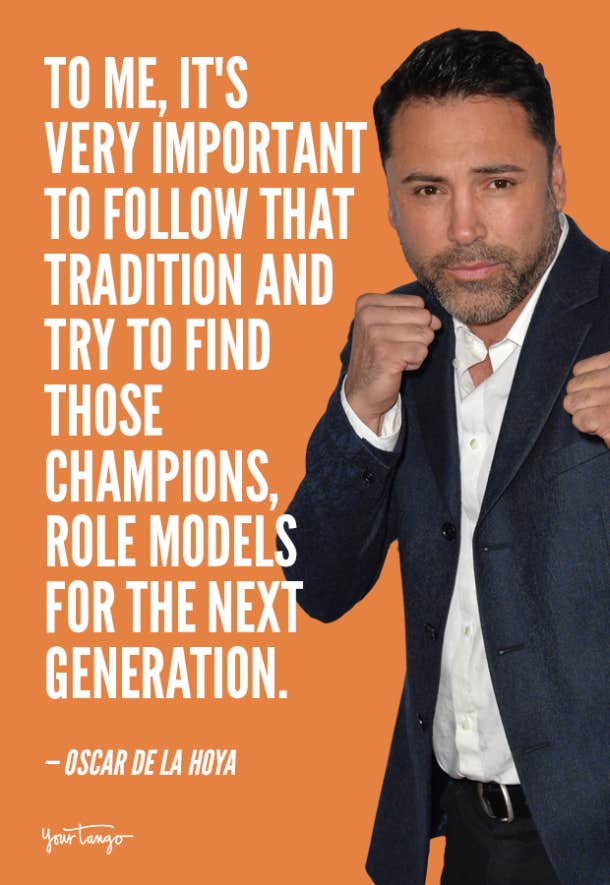 7. "First and foremost, it's going to be treat others with respect. Be polite: Manners go a long way. Try to come from a good place. And aside from that, stay focused and do the right thing." —​ Mario Lopez 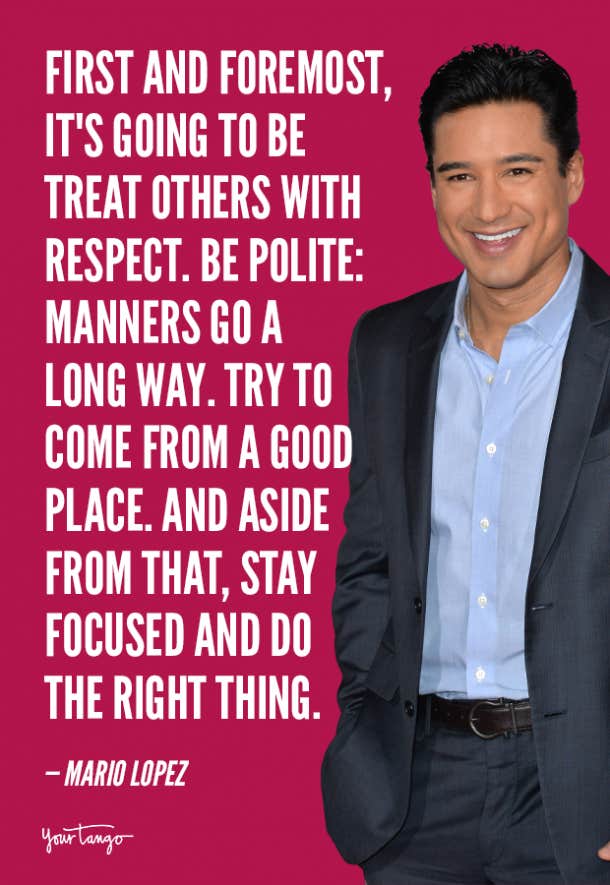 8. "I love to challenge the status quo. That's been my mission from day one as an actress and an early feminist wanting equality and wanting to push the limits of what's possible." — Jessica Alba 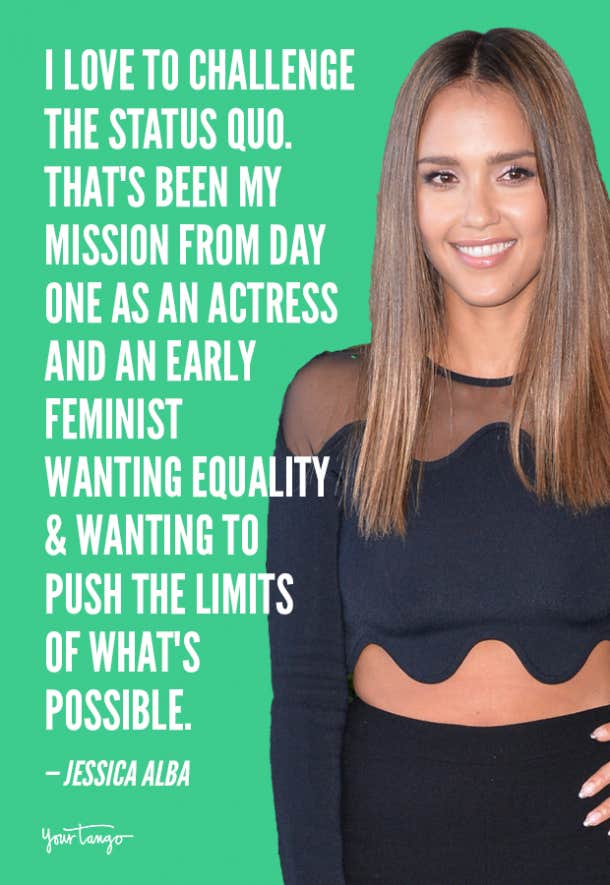 9. “I am convinced that the truest act of courage, the strongest act of manliness is to sacrifice ourselves for others in a totally non-violent struggle for justice.” — Cesar Chavez 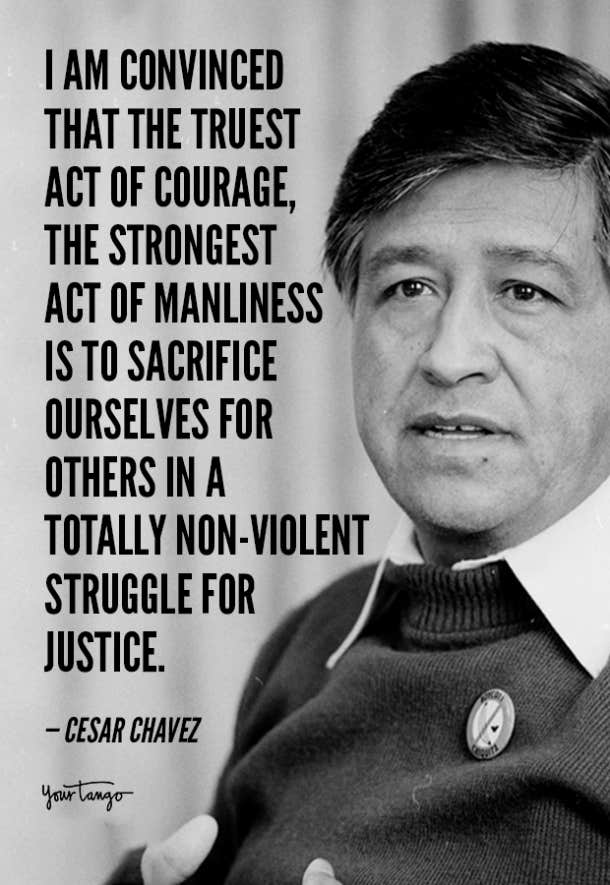 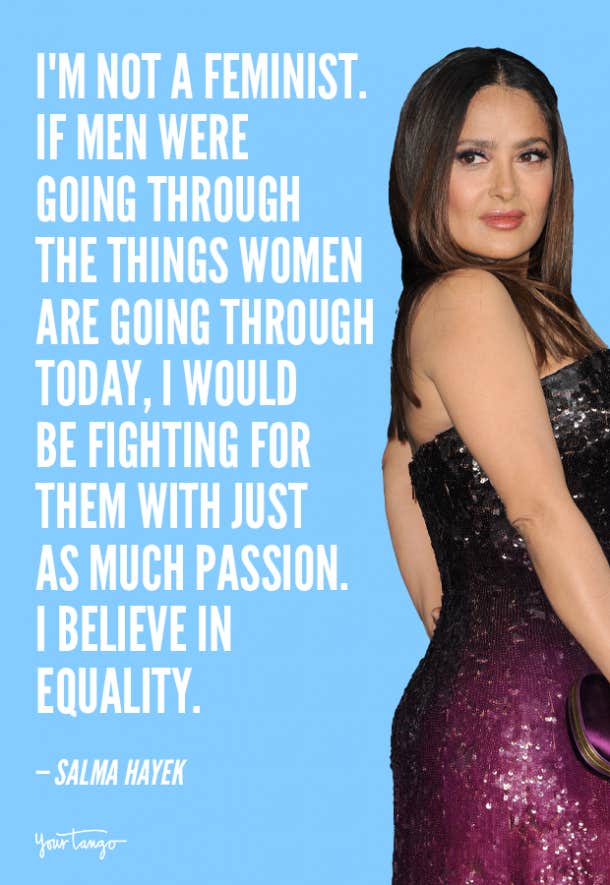 11. "[My father] always reminded us that it was important to stand up for your rights, and regardless of who you are and where you come from, to hold your head up high with dignity and respect." —​ Hilda Solis 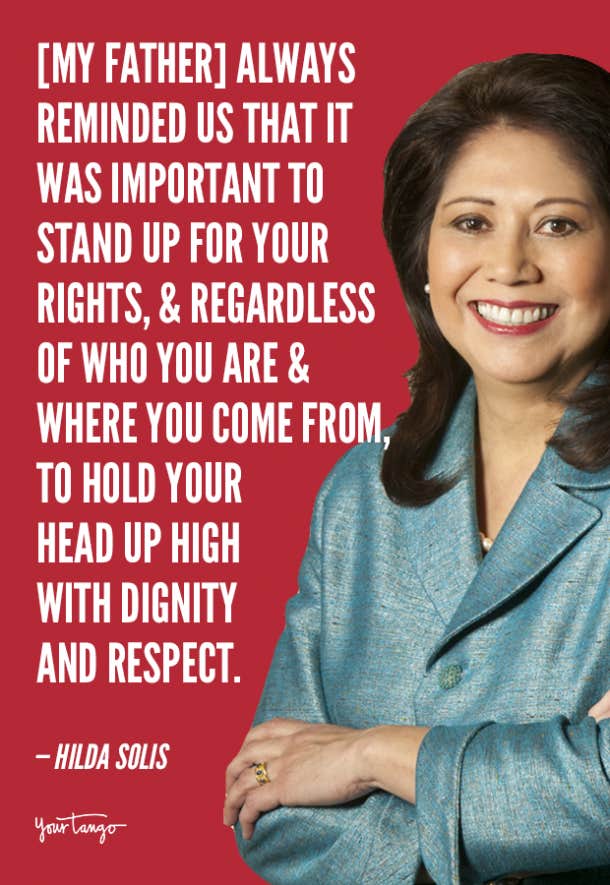 12. "In our culture and in culture sometimes they make you feel a little be weird for being smart... but we are intelligent people and our dreams matter regardless of if you speak with an accent and people think that that makes you not intelligent.” — George Lopez 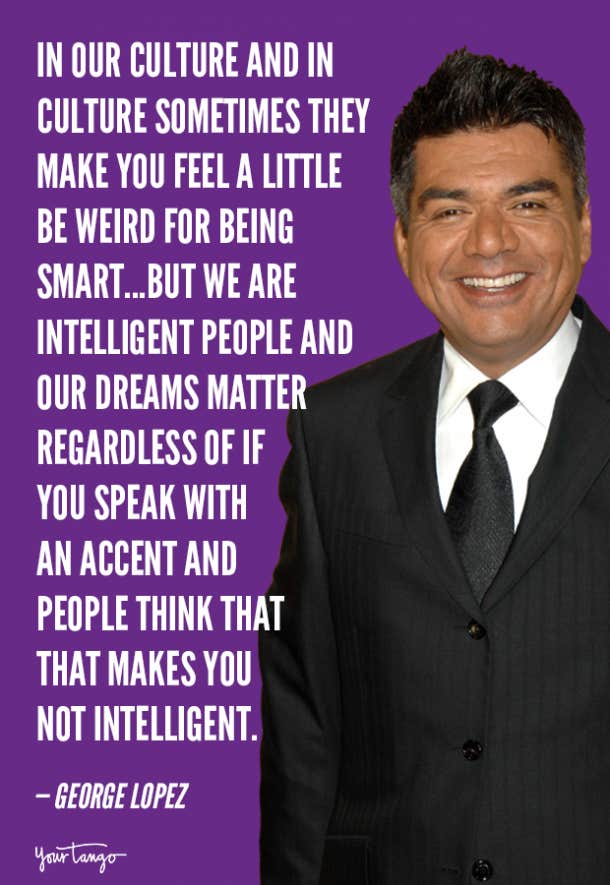 13. "I'm trying to do my part as a citizen. My part as a Hispanic. My part as a woman. As an American. I enjoy it. I think everybody should be civically engaged in a level that will affect policy. That's the point. That how our government is set up.” —​ Eva Longoria 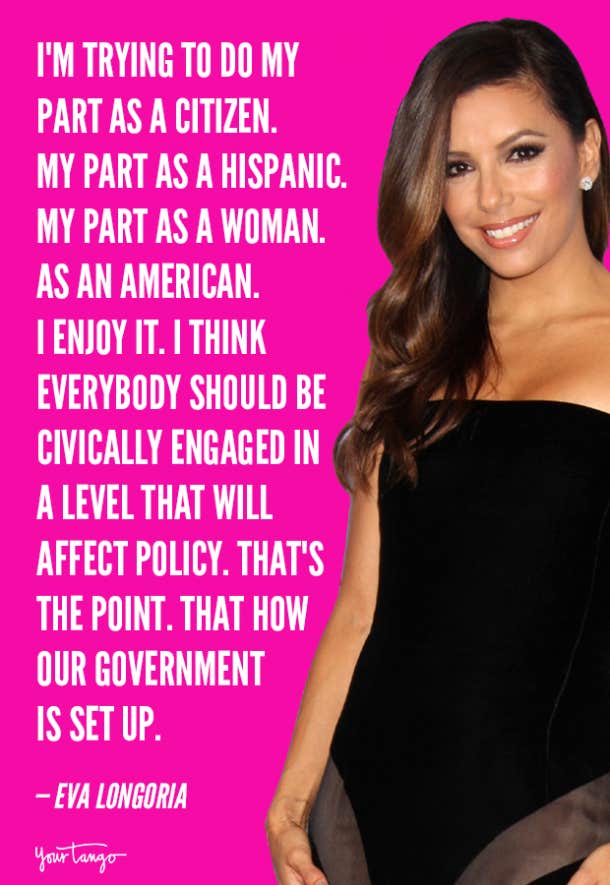 14. "If you are able to look yourself in the mirror every day with the decisions that you make, that's where power starts." — Selena Gomez 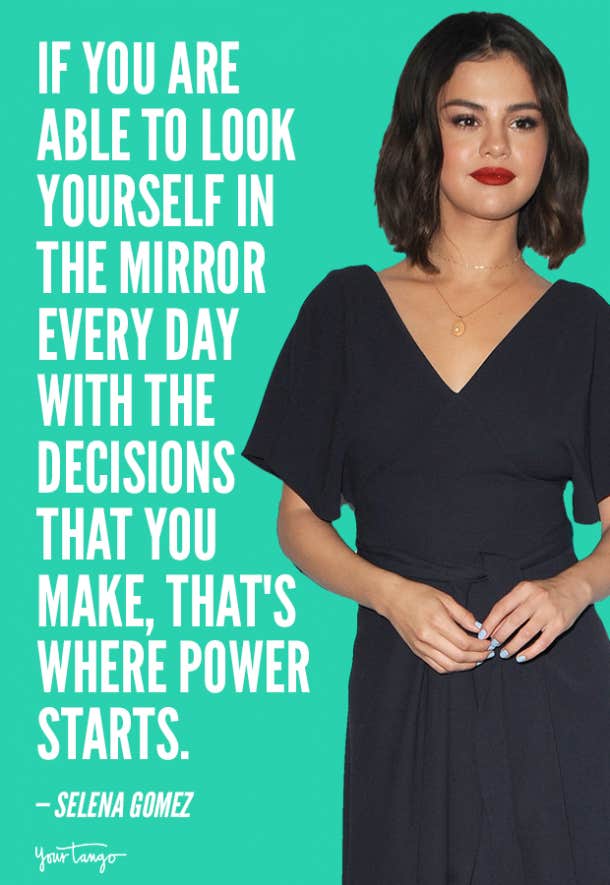 RELATED: 25 Cinco De Mayo Costumes & Themed Outfits To Wear On The 5th Of May

Jill Zwarensteyn is a writer and Michigan native interested in travel, comedy and classic Seinfeld episodes.

Get breaking news & relationship advice delivered to your inbox daily!