Jane Austen was an English novelist who is best known for her six major works of fiction that created some of the greatest love stories of all time. These six novels gained her great admiration for their critique of British landed gentry at the end of the 18th century.

Through her plots, Austen explored the dependency women faced on marriage in order to obtain social standing and stability in life.

Though these novels are cemented in a period we no longer live in, Austen's characters have the same personalities, worries, and dreams as people do today. The themes themselves are still very real.

Sadly, her work wasn't appreciated for what they were until after her death. Now, however, she is placed among other great novelists and literary figures of her time, and her work is featured on reading lists for schools all over the world.

Austen's most famous works include "Pride and Prejudice", "Emma", "Persuasion", and "Sense and Sensibility." Those are only a few, and yet, they all have some, if not many, film adaptations.

How better to celebrate the incredible and relevant woman she is and was than with our favorite Jane Austen quotes from her best works of classic literature?

69 Best Jane Austen Quotes on Love, Life, Friendship and Being a Woman 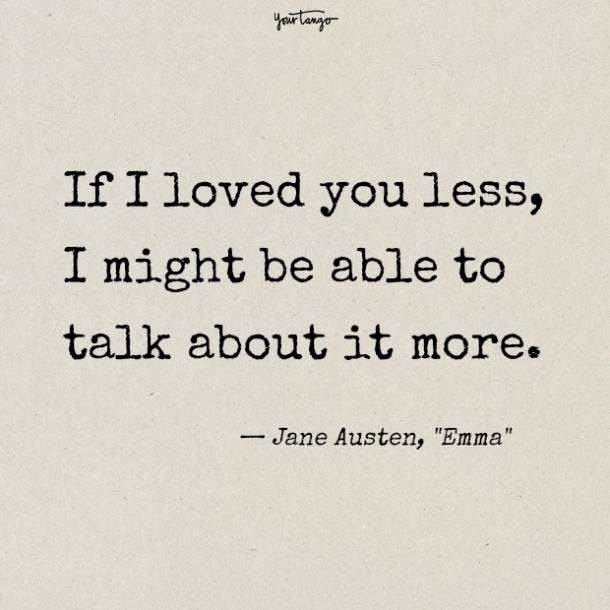 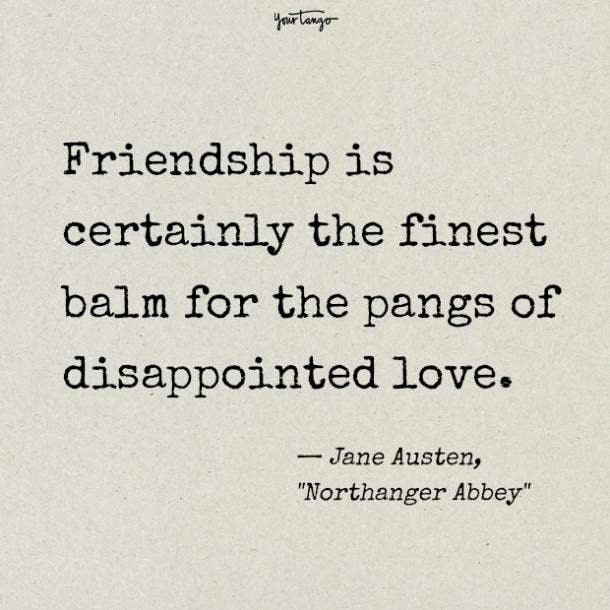 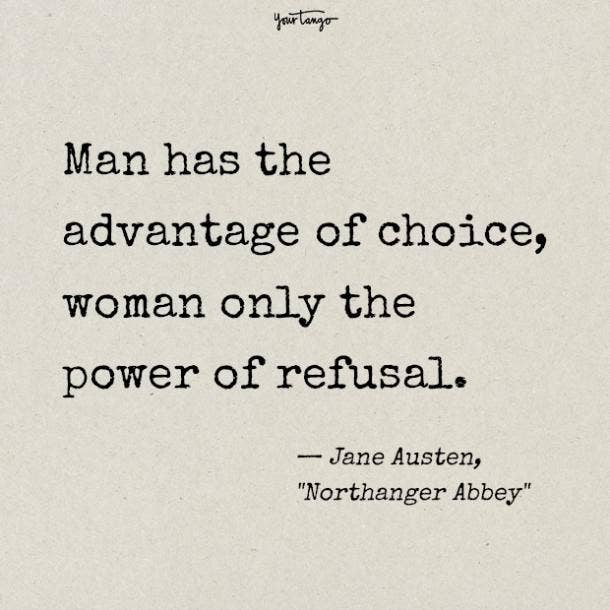 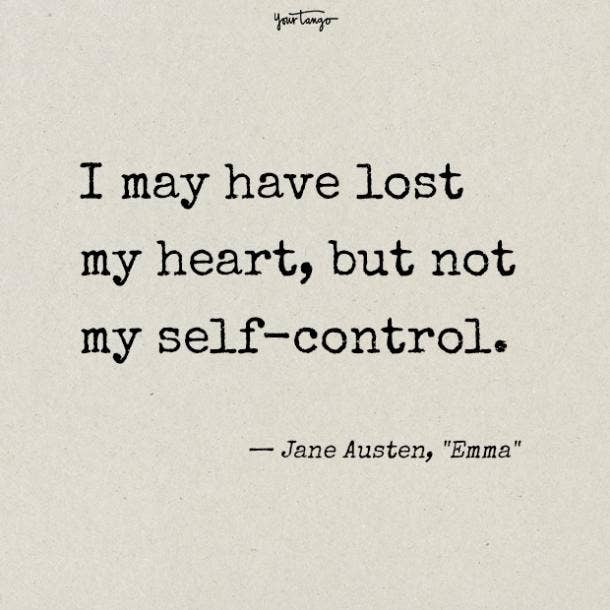 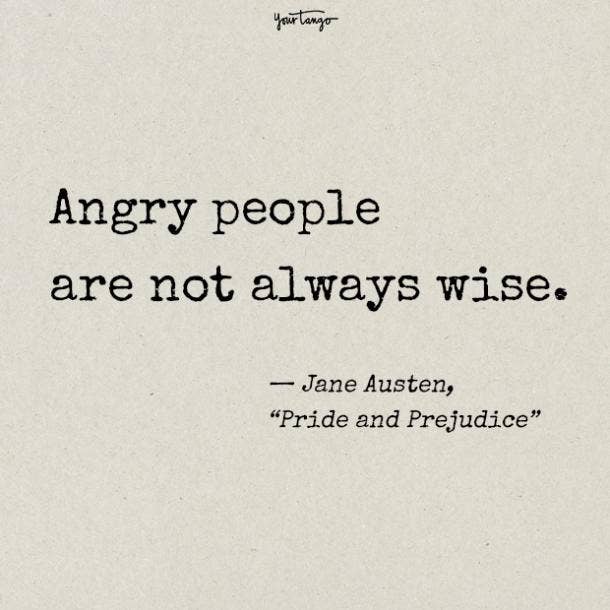 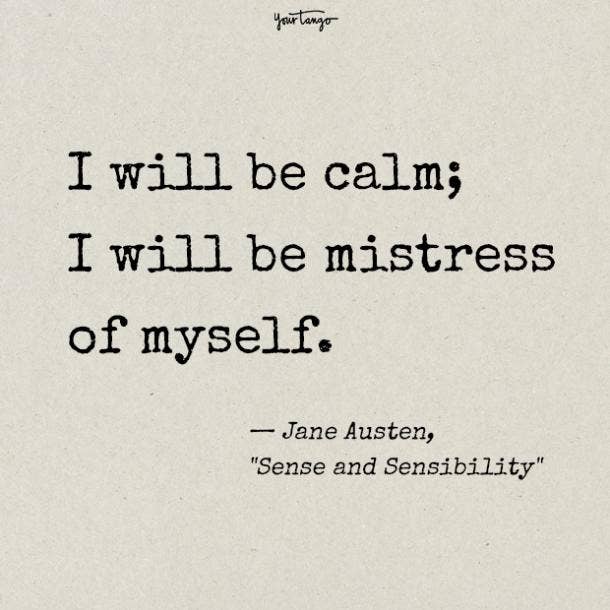 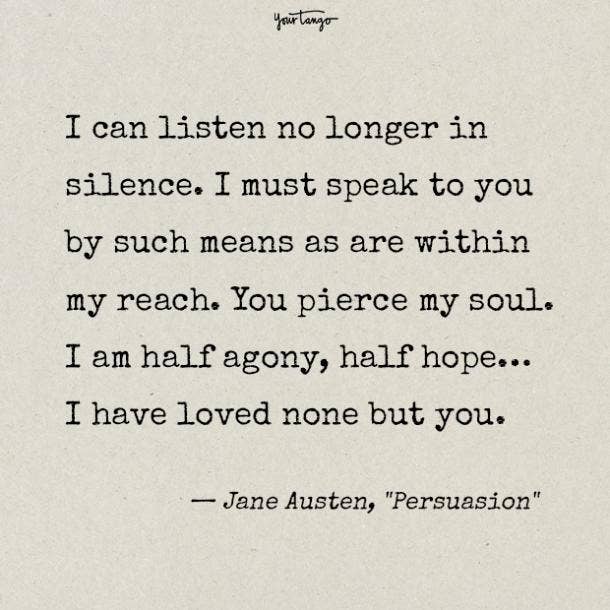 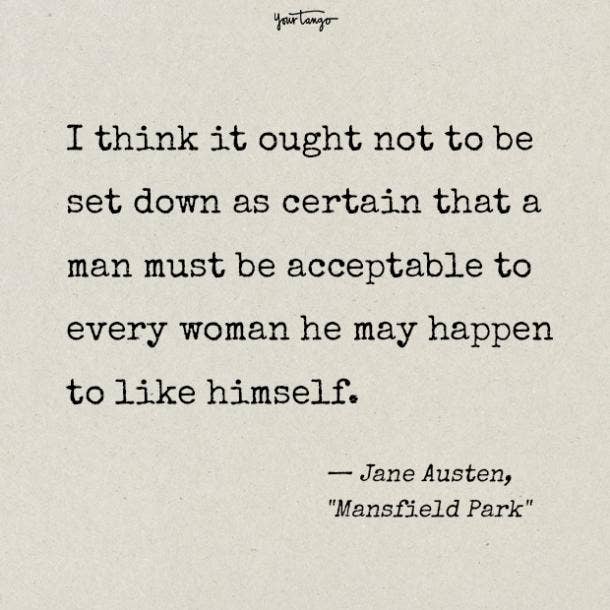 RELATED: If 13 Romantic Lines From Classic Literature Were Written For Tinder

Deauna Nunes is an assistant editor who covers pop culture, lifestyle, love and relationship topics for YourTango. She's been published by Emerson College's literary magazine Generic. Follow her on Twitter and on Instagram.