35 New Dad Quotes To Share For His First Father's Day

RELATED: 50 Thoughtful Dad Quotes To Show Him How Much You Care On Father's Day

What do you say to a new dad? As a new dad's partner, family, or friend, you know sending the right Father's Day quotes is the perfect way to help celebrate this day. These first Father's Day messages are the ones the new dad will remember for years to come.

If you’re a new father, it can feel like you have a lot of expectations to live up to — and a lot of new father quotes to live by.

That’s why you deserve some credit! It’s important to celebrate your good parenting because the truth is, good dads can be hard to come by.

You should always say congratulations to a new dad. Fatherhood means lots of hard work.

1. "Any man can be a father, but it takes someone special to be a dad." — Anne Geddes

2. "I believe that what we become depends on what our fathers teach us at odd moments when they aren’t trying to teach us. We are formed by the little scraps of wisdom." — Umberto Eco

3. "The quality of a father can be seen in the goals, dreams, and aspirations he sets not only for himself but for his family." — Reed Markham

4. "My father gave me the greatest gift anyone could give another person: He believed in me." — Jim Valvano

5. "I want to congratulate all the men out there who are working diligently to be good fathers whether they are stepfathers, or biological fathers or just spiritual fathers." — T.D. Jakes 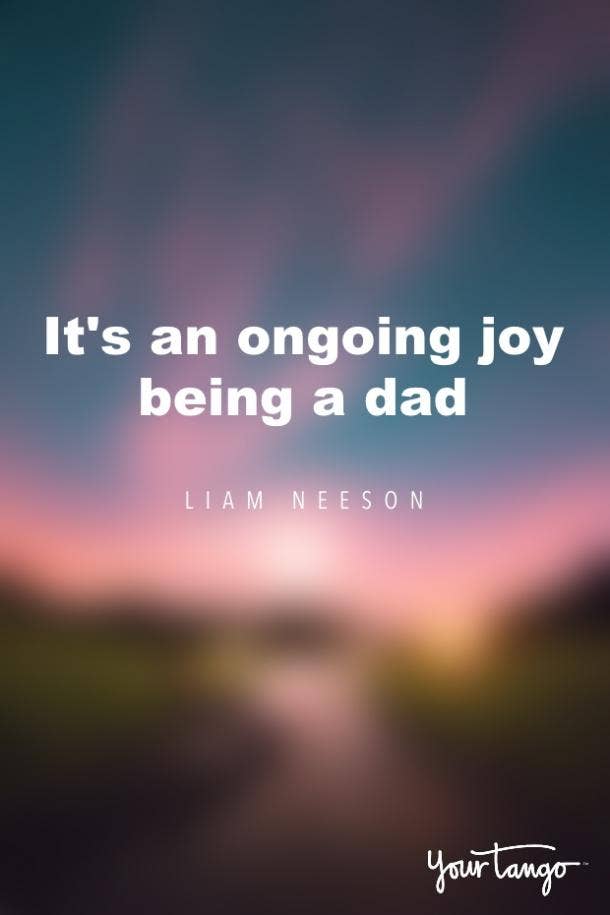 8. "When you're young, you think your dad is Superman. Then you grow up, and you realize he's just a regular guy who wears a cape." — Dave Attell

9. "'Have fun' is my message. Be silly. You're allowed to be silly. There's nothing wrong with it." — Jimmy Fallon

10. "She did not stand alone, but what stood behind her, the most potent moral force in her life, was the love of her father." — Harper Lee

11. "Lately all my friends are worried they're turning into their fathers. I'm worried I'm not." — Dan Zevin

12. "Fatherhood is the greatest thing that could ever happen. You can't explain it until it happens — it's like telling someone what water feels like before they've ever swum in it." — Michael Bublé

14. "I had no expectations about fatherhood, really, but it's definitely a journey I'm glad to be taking." — Christopher Melon

15. "Becoming a dad means you have to be a role model for your son and be someone he can look up to." — Wayne Rooney

16. "Fatherhood is the best thing that could happen to me, and I'm just glad I can share my voice." — Dwyane Wade

17. "To me, having kids is the ultimate job in life. I want to be most successful at being a good father." — Nick Lachey

18. "Being a dad isn't just about eating a huge bag of gummy bears as your wife gives birth. It means being comfortable with the word 'hero.'" — Ryan Reynolds

19. "I pray to be a good servant to God, a father, a husband, a son, a friend, a brother, an uncle, a good neighbor, a good leader to those who look up to me, a good follower to those who are serving God and doing the right thing." — Mark Wahlberg

21. "A daughter needs a dad to be the standard against which she will judge all men." — Gregory E. Lang

22. "Having a kid is like falling in love for the first time when you're 12, but every single day." — Mike Myers 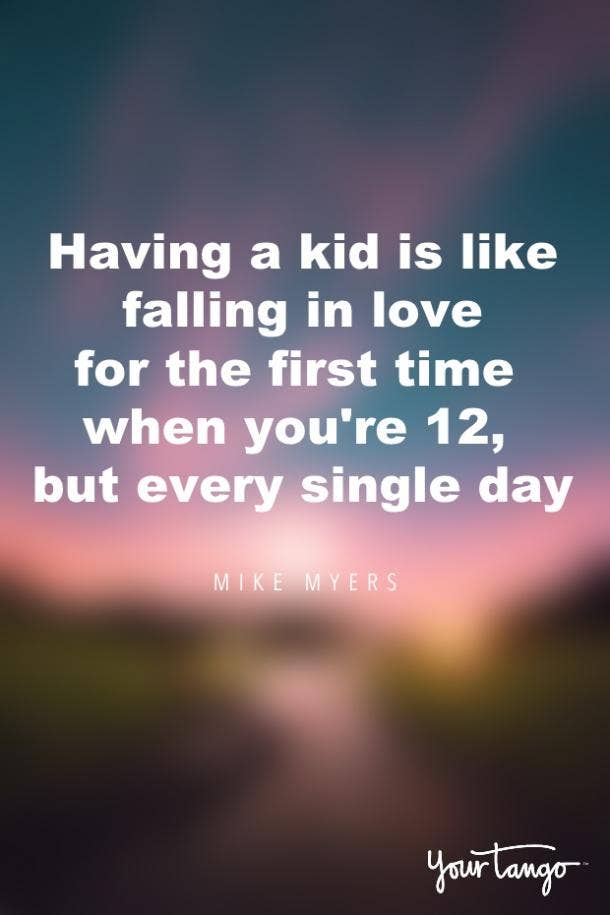 24. "Any fool can have a child. That doesn't make you a father. It's the courage to raise a child that makes you a father." — Barack Obama

25. "One father is more than a hundred schoolmasters.” — George Herbert

26. "He adopted a role called being a father so that his child would have something mythical and infinitely important: a protector." — Tom Wolfe

27. "A father is someone you look up to no matter how tall you grow."

28. "My father didn't tell me how to live. He lived and let me watch him do it." — Clarence Budington Kelland

29. "Old as she was, she still missed her daddy sometimes." — Gloria Naylor

31. "A father doesn’t tell you that he loves you. He shows you." — Dimitri the Stoneheart

32. "I'm a father; that's what matters most. Nothing matters more." — Gordon Brown

33. "Fathers just have a way of putting everything together." — Erika Cosby

34. "A dad is someone who wants to catch you when you fall. Instead, he picks you up, brushes you off, and lets you try again."

35. "My father didn’t do anything unusual. He only did what dads are supposed to do—be there." — Max Lucado

RELATED: 21 Quotes For New Dads Who Are Celebrating Their Very First Father's Day

35 New Dad Quotes To Share For His First Father's Day