25 Best 'It's Gonna Be May' Memes + Justin Timberlake Meme Explained

The year was 2000. Justin Timberlake was the most famous band member of *NSYNC, along with Joey Fatone, JC Chasez, Chris Kirkpatrick, and Lance Bass. Timberlake was famously dating pop princess Britney Spears while becoming internationally known for the steaming hot pack of Ramen noodles styled as his curly hair.

If you don't remember NSYNC's hit song "It's Gonna Be Me" on their "No Strings Attached Album," here's the music video to jog your memory. As you listen, see if you notice anything a bit ... odd ... about Timberlake's pronunciation of the word "me" at the end of each chorus.

In an interview, Timberlake revealed that the song's co-writer Max Martin instructed him to sing the line that way. "In my defense, Max Martin made me sing 'me' that way. I think he just wanted me to sound like I was from Tennessee," Timberlake explained.

It, without a doubt, 100% sounds like Justin Timberlake is actually singing the word "May." And just like that, the pop-culture phenomenon known as "It's Gonna Be May" memes was born.

Origin of the It's Gonna Be May Meme

In 2012, a now-defunct Tumblr account known as amyricha created the first known "It's Gonna Be May" meme, and since then, it's become one of the most popular shares on social media channels from Twitter to Facebook to Instagram and so on.

In March of 2012, the Nairobi-blue Tumblr blog posted a photograph of an April calendar with a picture of Timberlake at the end captioned "It's gonna be May". The popular online magazine BuzzFeed reposted the same image the very next day.

The very next month YouTubers PassionateFriendTime uploaded a video titled "It's Gonna Be May," which parodies the NSYNC song. The video has over 77,000 views as of 2022. The meme even took over the commercial marketing of the kitchen appliance brand Maytag. The company began an advertising campaign with #itsgonnabemaytag that even NSYNC member Lance Bass hopped on.

And back in 2016, Justin Timberlake himself even acknowledged the meme in a tweet.

Now every year — Every. Single. Year — without fail, in those days between late April and early May, but usually on April 30, an influx of "It's Gonna Be May" memes rule the social media stratosphere.

The meme has become so prolific that NSYNC even updated the official title on Apple Music and Spotify to celebrate the meme, changing the song's title to “It’s Gonna be Me (It’s Gonna Be May).”

But just in case you do love yourself some reminiscing about Justin Timberlake's good old days with NSYNC, here are 25 of the best funny It's Gonna Be May memes around.

The Internet has officially come to the point that we can meme memes.

2. "You will see the Justin Timberlake 'It's Gonna Be May' meme today. I guarantee it."

I don't always drink Dos Equis but, when I do, it's because it's gonna be May. 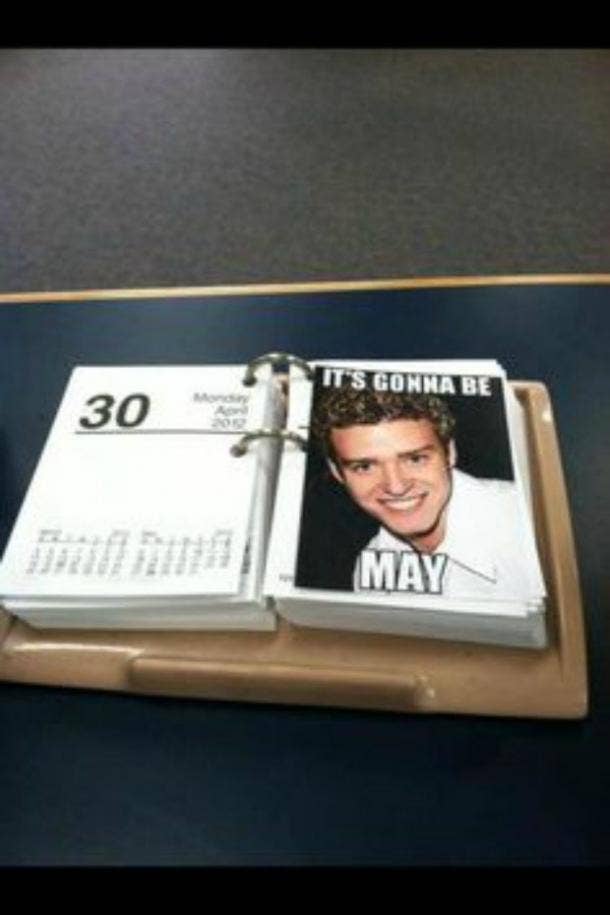 It seems like this month comes around every year. I don't know what it could be... 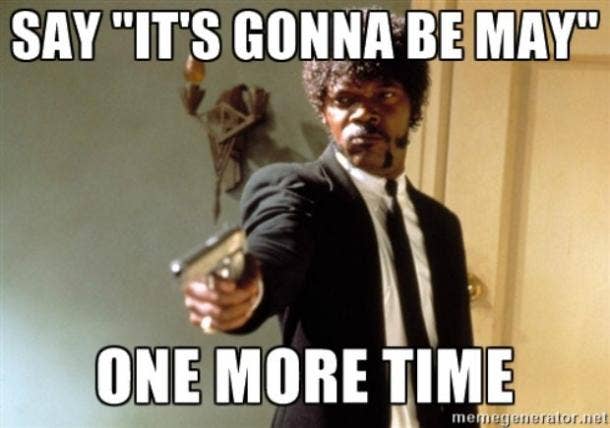 Samuel L. Jackson is daring you to say it.

All we need is to see Justin's face and we know what's coming. 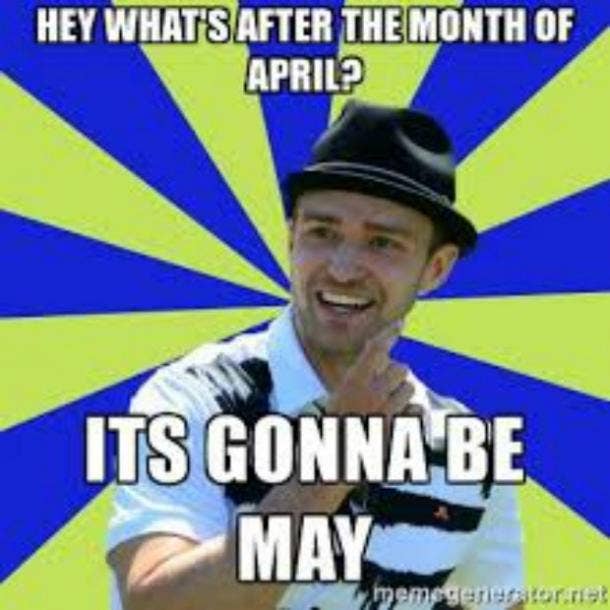 JT seems to have his months a little mixed up. 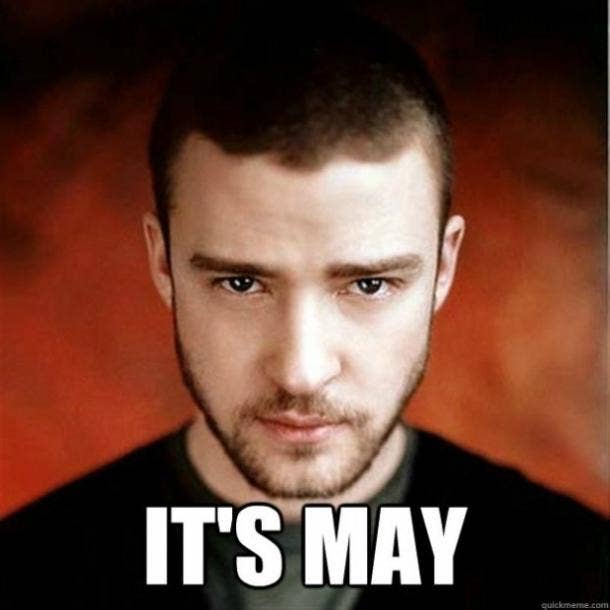 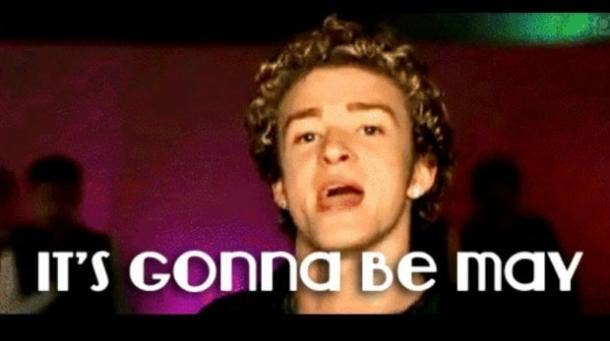 Guess what comes after April? 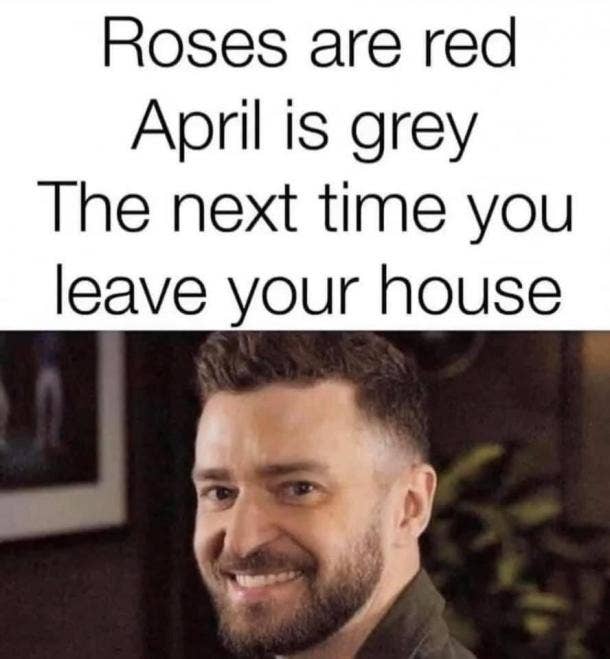 For the love of May. 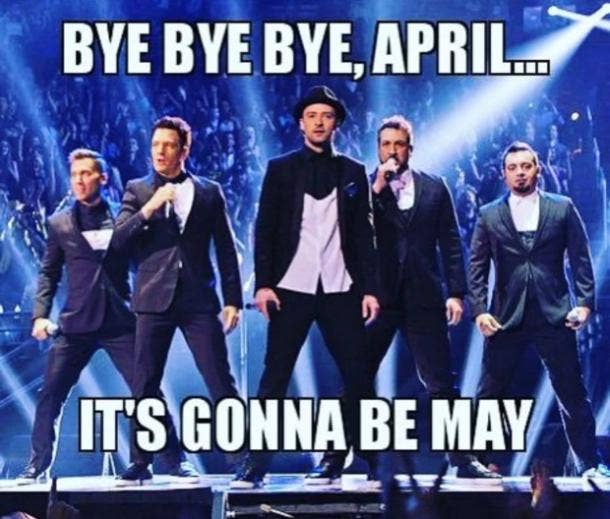 Start singing bye, bye, bye to the April calendar cause we all know what's coming.

RELATED: Justin Timberlake's Apology To Britney Spears And Janet Jackson Is Great, But He's About 15 Years Too Late 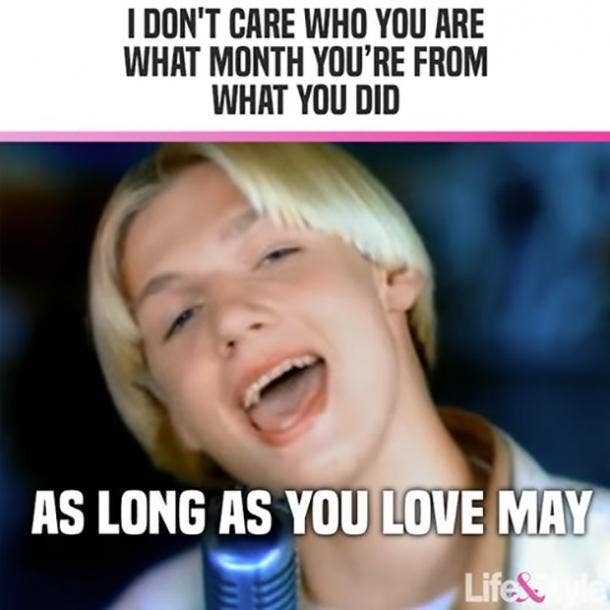 Of course, boy band rival Backstreet Boys had to get in on the May action.

Don't. The whole world is daring you. Don't give in to the temptation! 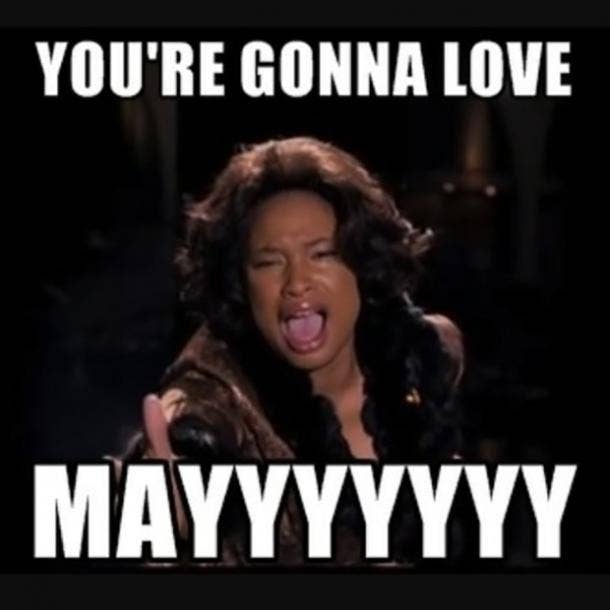 Mayyyyyy, where did you goooo? 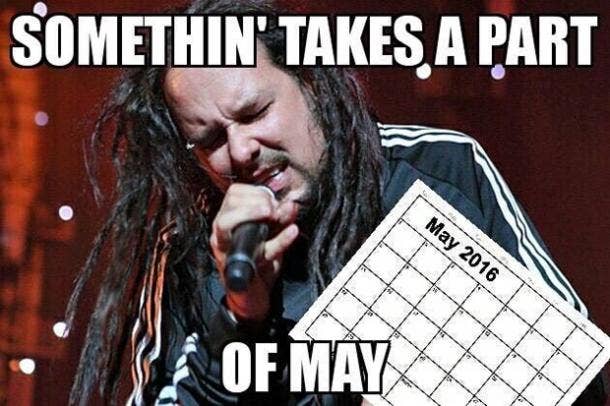 OK, why can't any bands pronounce 'me' correctly?

Even King Kong hides from May. 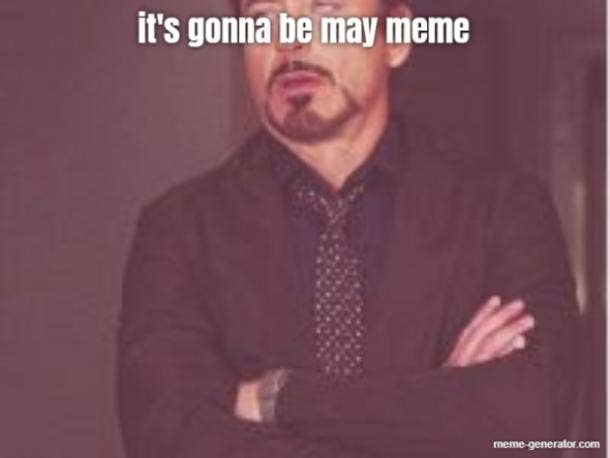 Let's all collectively roll our eyes. 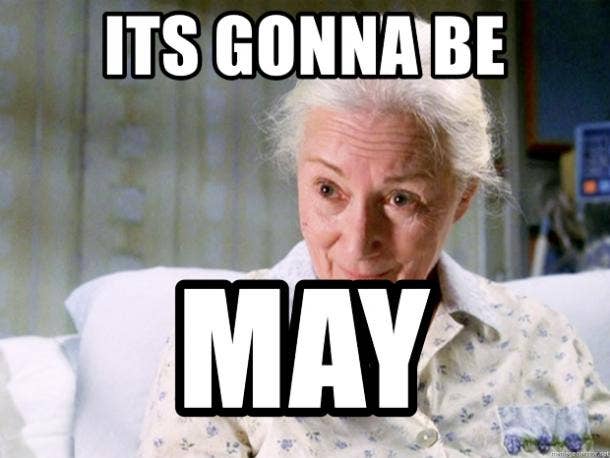 Another May to think about this year. 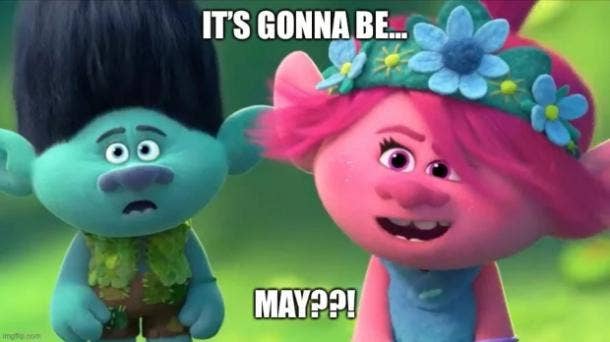 Justin Timberlake has even terrorized the Troll universe with May.

RELATED: 100 Funny Friday Memes For When You’re So Ready For The Weekend

May looked a little different during the coronavirus pandemic. 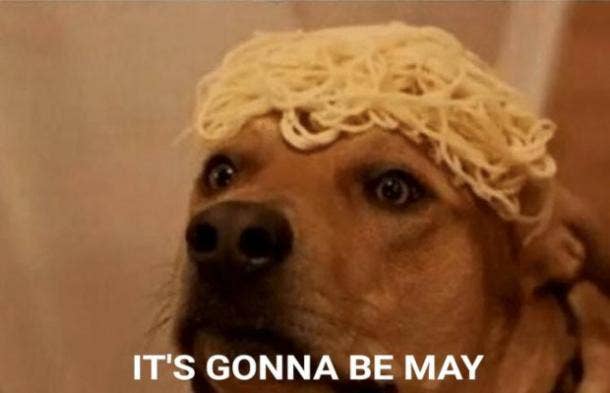 Doesn't even need to be Justin on the meme anymore, pasta has the same effect.

23. "It's gonna be May. Pregnancy announcement done the right way."

Well, that's one way to announce a pregnancy

"It's what's inside that matters." 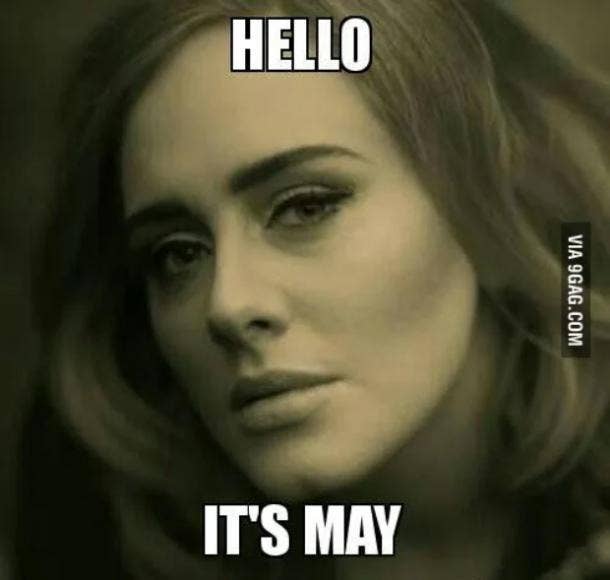 Justin Timberlake even has gotten Adele on the May bandwagon.

RELATED: 50 'May The Fourth Be With You' Memes To Celebrate Star Wars Day

Liza Walter is a writer who focuses on current events, pop culture, and true crime.

Get breaking news & relationship advice delivered to your inbox daily!